Work in Progress: The Entryway and Livingroom 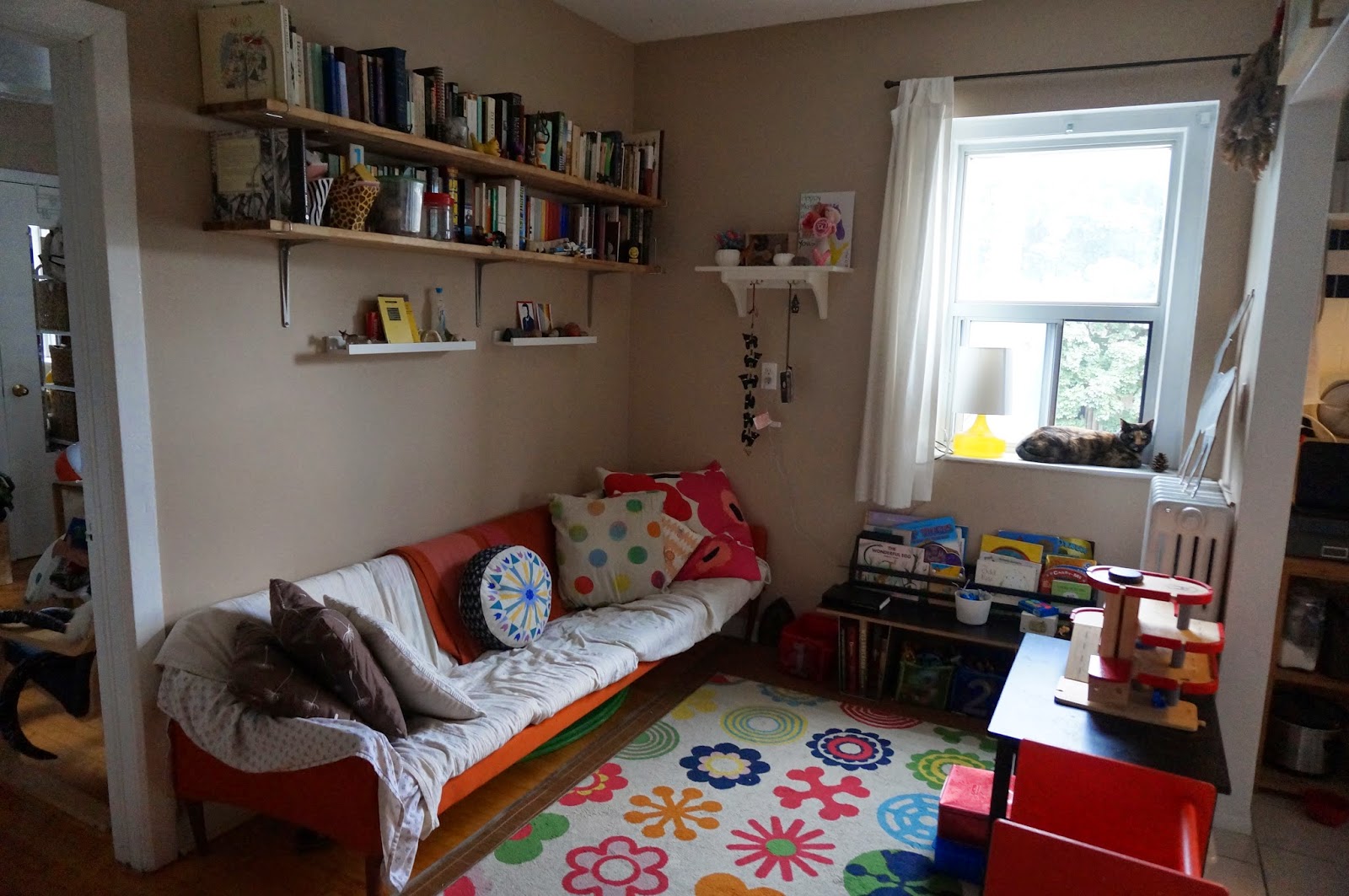 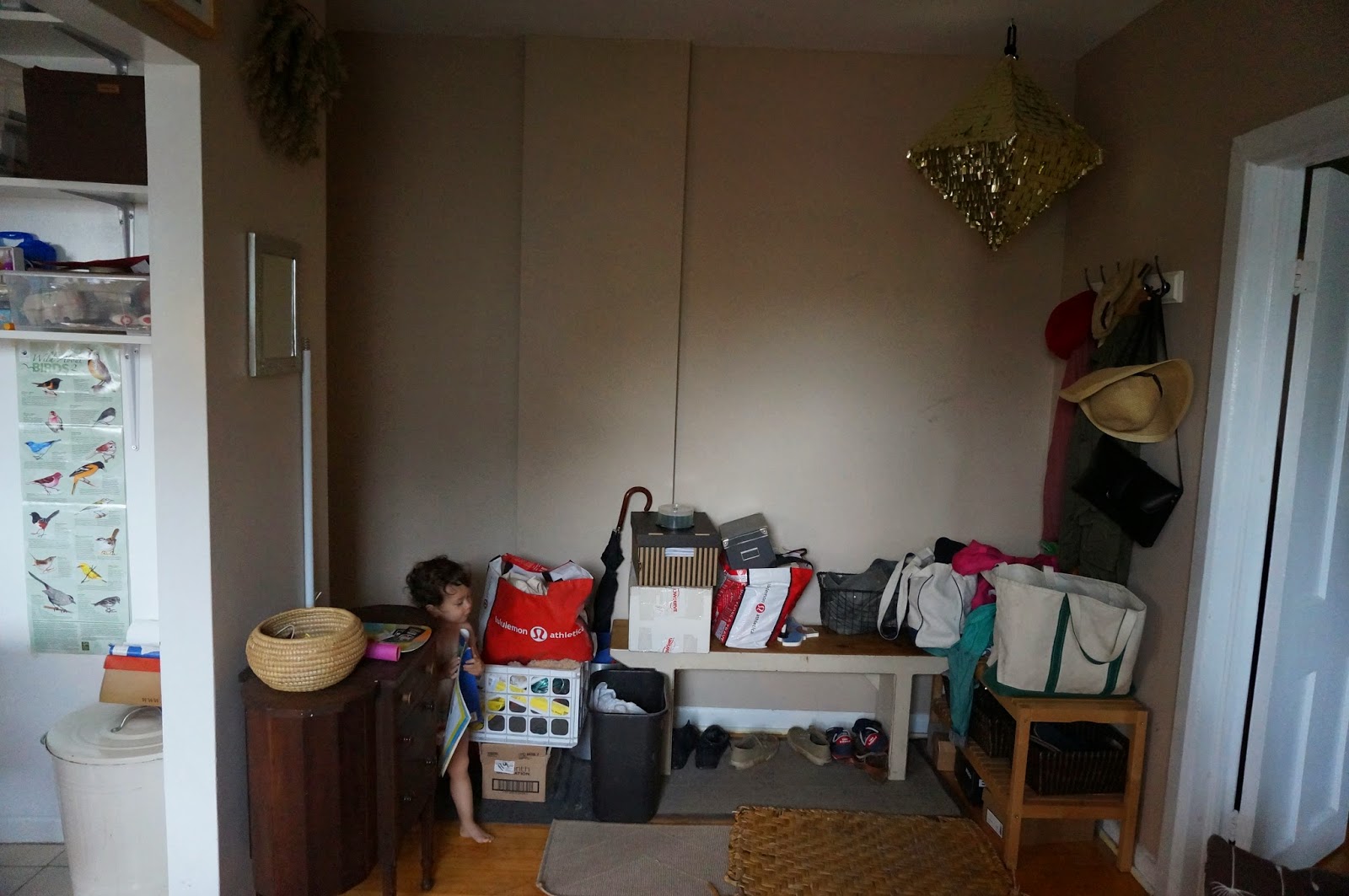 Our apartment may be small and lacks storage space, but it gets a lot of light and has an open living room kitchen plan. Bedrooms are also conveniently located at either end. That said, not even 600 sq ft is challenging for a family of four plus a cat.

The first thing we did was move the bicycle from the entryway into the basement. I don't think we're technically allowed to do this, but there are other bicycles downstairs. We also brought down our sled and a large humidifer. Basically everything else we own is in the apartment.

The entryway is currently a staging ground for moving stuff either into the car or into my office. At some point we're going to have to decide on the following:

I've spent too many hours on Apartment Therapy. Now I've learned that we need a more efficient landing strip. We're constantly forgetting hats and extra towels for daycare because they're never corralled together. We also don't have a place for mail, so the little table ends up overflowing with paper.

How have you handled entry spaces? Is there a system that works for you?

we found a row of small lockers with a locker for each person...helps tremendously.

Lockers would be great! I think the more we approximate the daycare setup, the more likely the boys will stay organized

Oh - I love the locker idea! We struggle with the entry and it is on my list to reorganize this summer. Our entry has a tiny alcove just big enough for a narrow console or bench, but we can't have anything large there because of maneuvering the stroller and bikes in and out. We end up with a massive pile of shoes and the mail still ends up all over the house, despite the hanging file on the wall. Good luck! And keep posting progress!

Oh - re: hooks. Not sure that they're that useful, but I like the look of the newish Ikea PS wall hooks. It looks like a great system to integrate different hooks, etc.

We just reorganized our entryway, which is also tiny (it's basically a small landing between stairs up and stairs down). I found a great slim profile bench that doubles as shoe storage at West Elm. And we bought a knock-off Eames hang it all on Amazon. Much better already.

I saw the PS hooks at Ikea recently. So cute! I would think great for kids because they're chunky and appealingly colored.

Ooh, landings are tricky, especially with little kids who take forever to get their shoes on. It's always rush hour at our entryway!

I'm pretty sure my ikea didn't have the ps hooks, maybe they'll be there next time we go. Now I'm curious