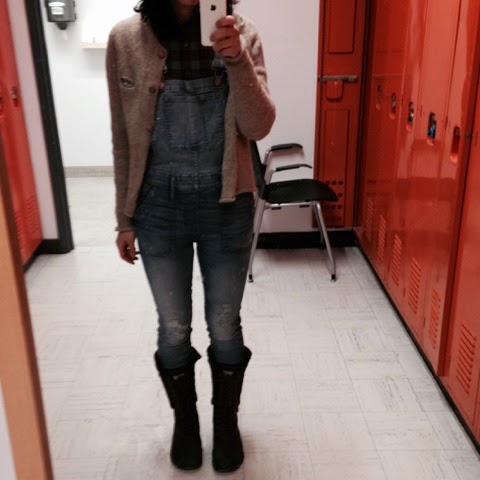 I picked up a pair of the new skinny fit overalls in the Adriatic wash at Madewell when I was in Boston two weeks ago, and I've been wearing them nonstop. I sized down to XS, but possibly could have gone smaller because the denim is very stretchy. From the back they fit like a nice pair of high rise jeans. I cannot recommend these enough!

So far I've been wearing them with Uniqlo heat tech long underwear, a flannel button down shirt,
and a blazer. The extra fabric over my core really helps keep me warm. I would love a pair in black if they ever offer it--preferably without all the distressing.

A word abut fit. I'm 5'4" and 115 lbs with a long torso, and I've lengthened the straps as far as they'll go. Also, size down if you want them close fitting. I thought the size small made me look wide. It was only due to the persistence of the very helpful shop girl that I was convinced to try on other sizes.
Posted by erica at 7:11 AM 6 comments: 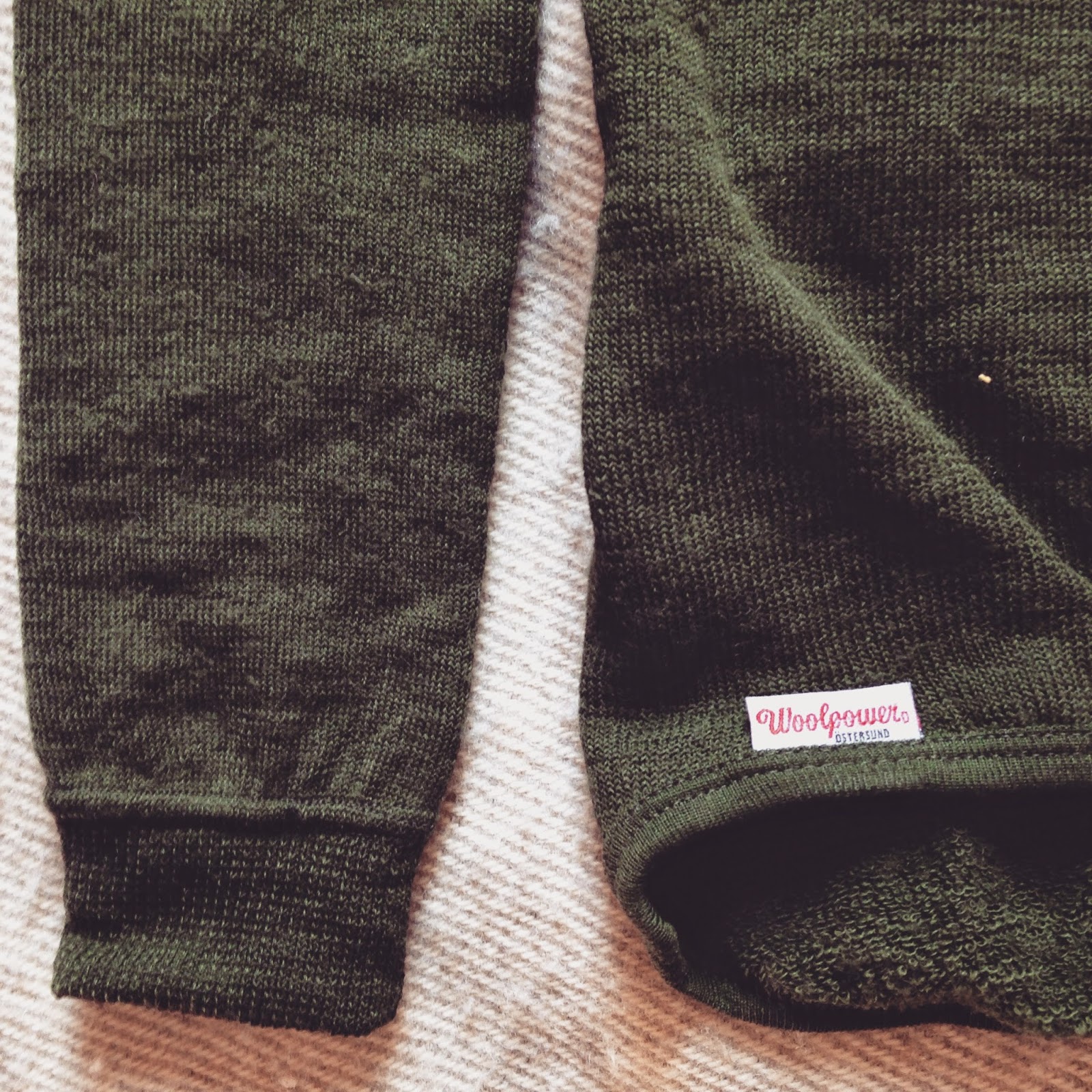 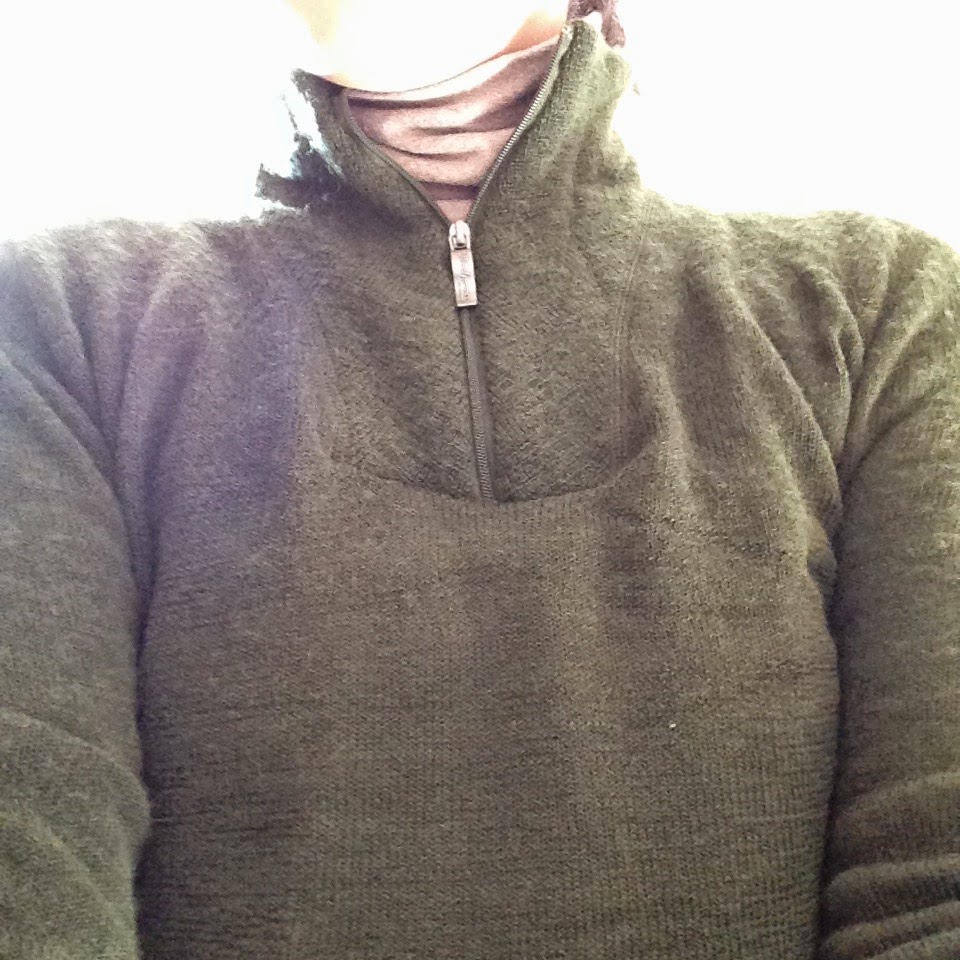 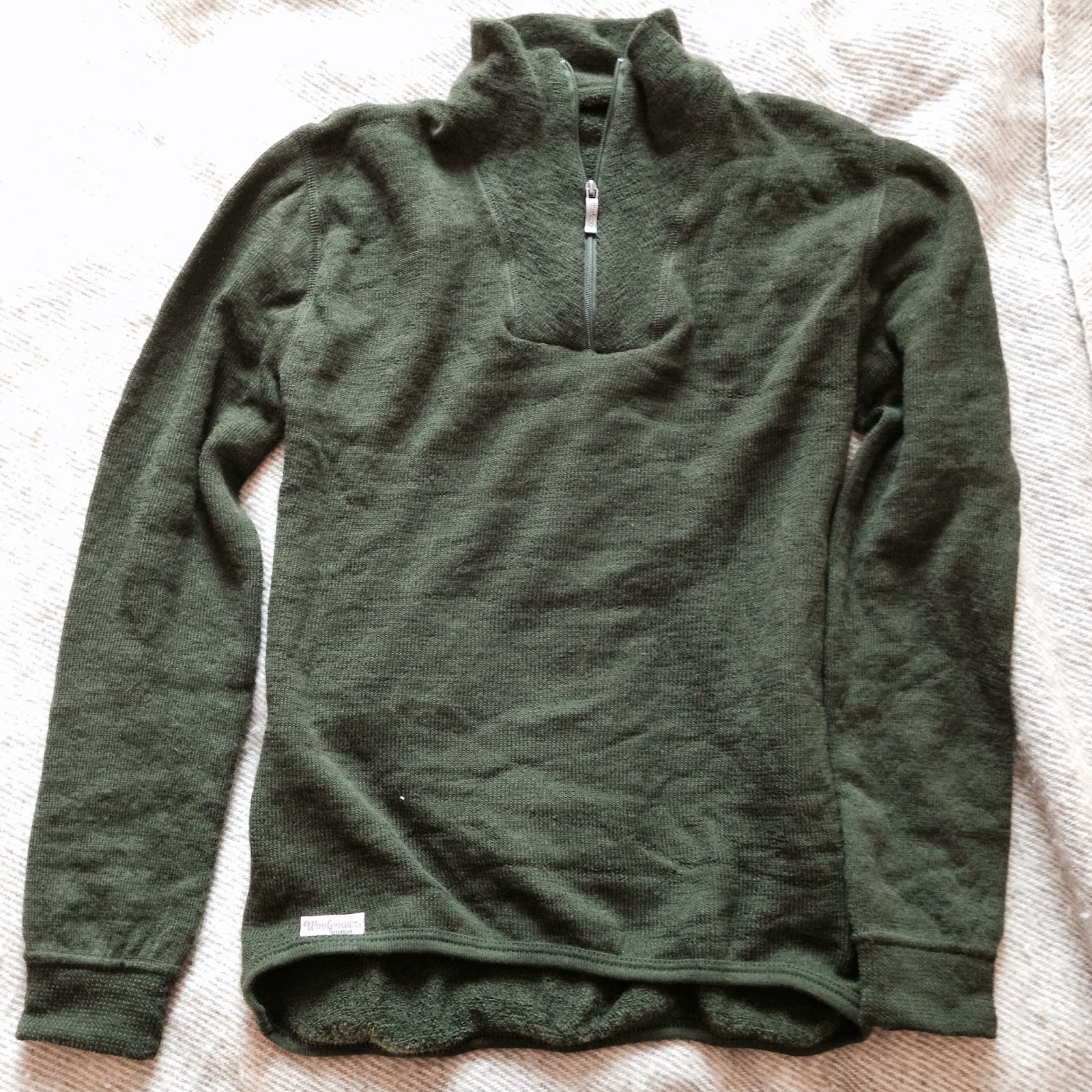 I've decided enough with being cold here in Toronto. I know there are colder places in Canada, but this city is plenty cold for a native Californian.

So the one thing I really dislike is long underwear, but I've finally come to terms that if I want to be warm while walking outside for over two hours, I need to be completely cocooned in warm wool.

I first noticed Woolpower at Westerlind and thought it looked intriguing. Last week I went to the Canadian Outdoor Equipment store in Mississauga, which has an astonishing range of axes for sale, and spent a bit of time trying on different sizes and styles before settling on a zip turtleneck in green and longies in black. I don't think I've ever worn such warm yet lightweight wool thermals before. The knit is flat on the outside and terry-loop on the insides, which gives it a lofty or spongy feel. For sizing, I went with XS for both top and bottom (normally a size 4-6). The crewneck top seemed to be longer in the torso than the zip-neck, but both styles are plenty long for preventing gaps when moving around. My one complaint is that the long underwear isn't skintight (nor should it be for heat retention), so I have to layer with boyfriend jeans.

Yesterday it was a sunny 22 degrees Fahrenheit. I wore a Uniqlo Heattech tanktop, Woolpower top and longies, Steven Alan cotton overalls in white, Steven Alan flannel reverse seam shirt, Patagonia down vest, and Patagonia Torrentshell in golden amber for wind protection. I also bought Woolpower insoles for my Blundstones, and my feet are heaps warmer. I walked along the rail line on the north side of Toronto and was quite cozy for the hour-long jaunt. 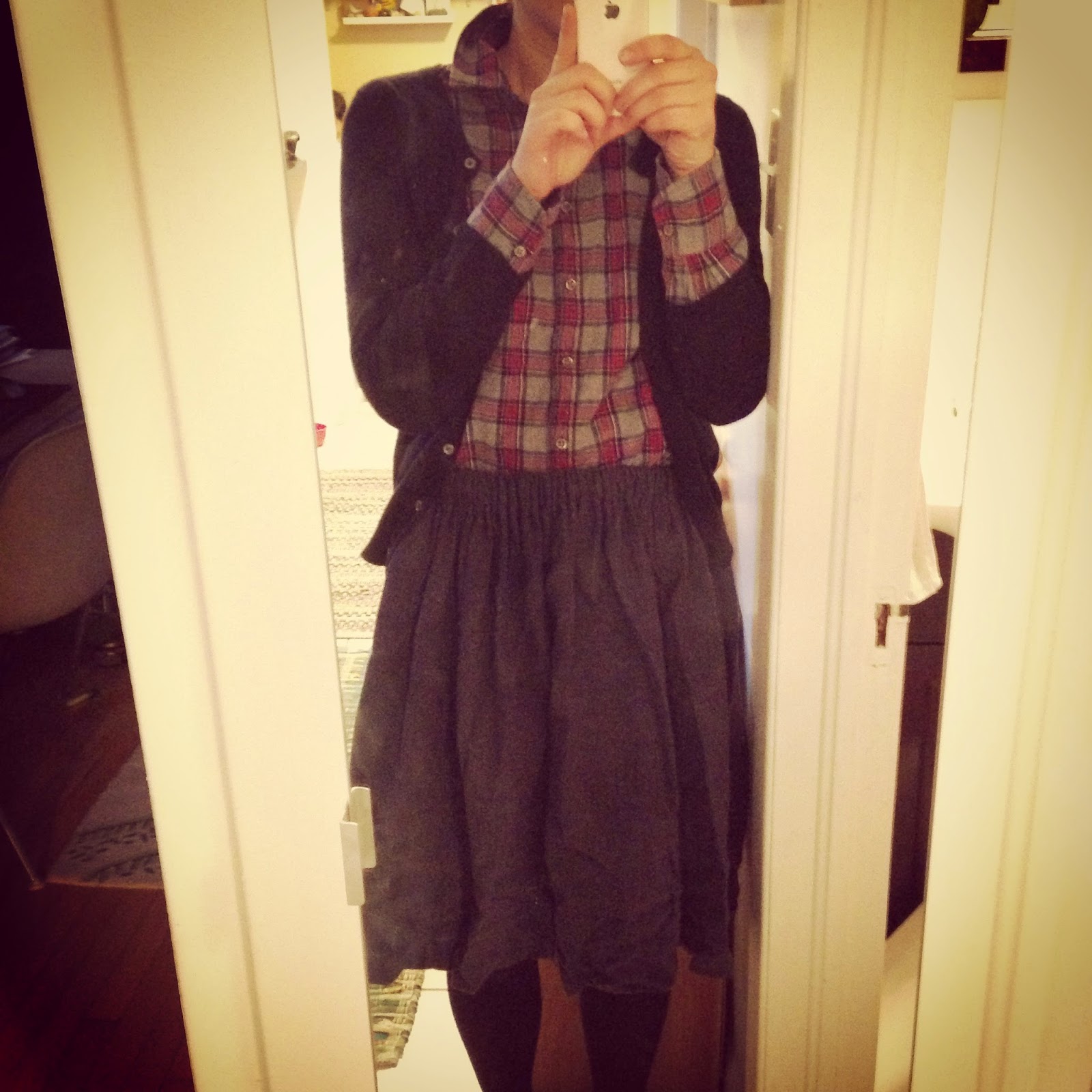 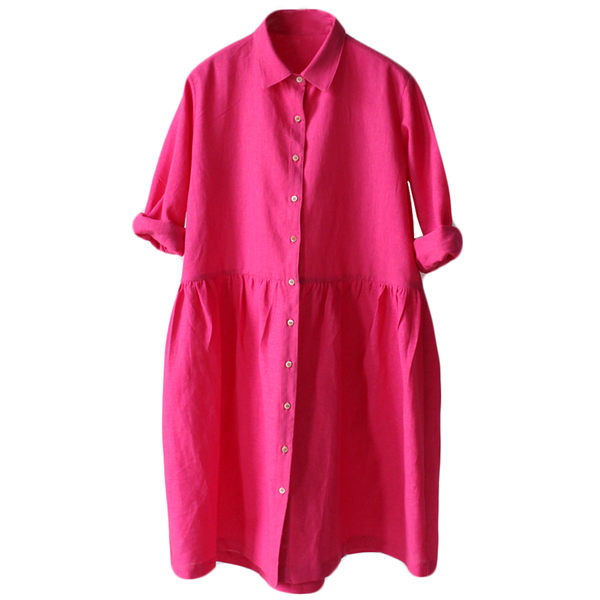 I'm thirty five today. I love it when my birthday coincides with the Martin Luther King Jr. observed holiday, even if I'm no longer living in the US.

It's freezing and I'm dressed in plaid flannel and wool linen, but I'm dreaming of Julia's new dress, the Islington in hot pink linen. 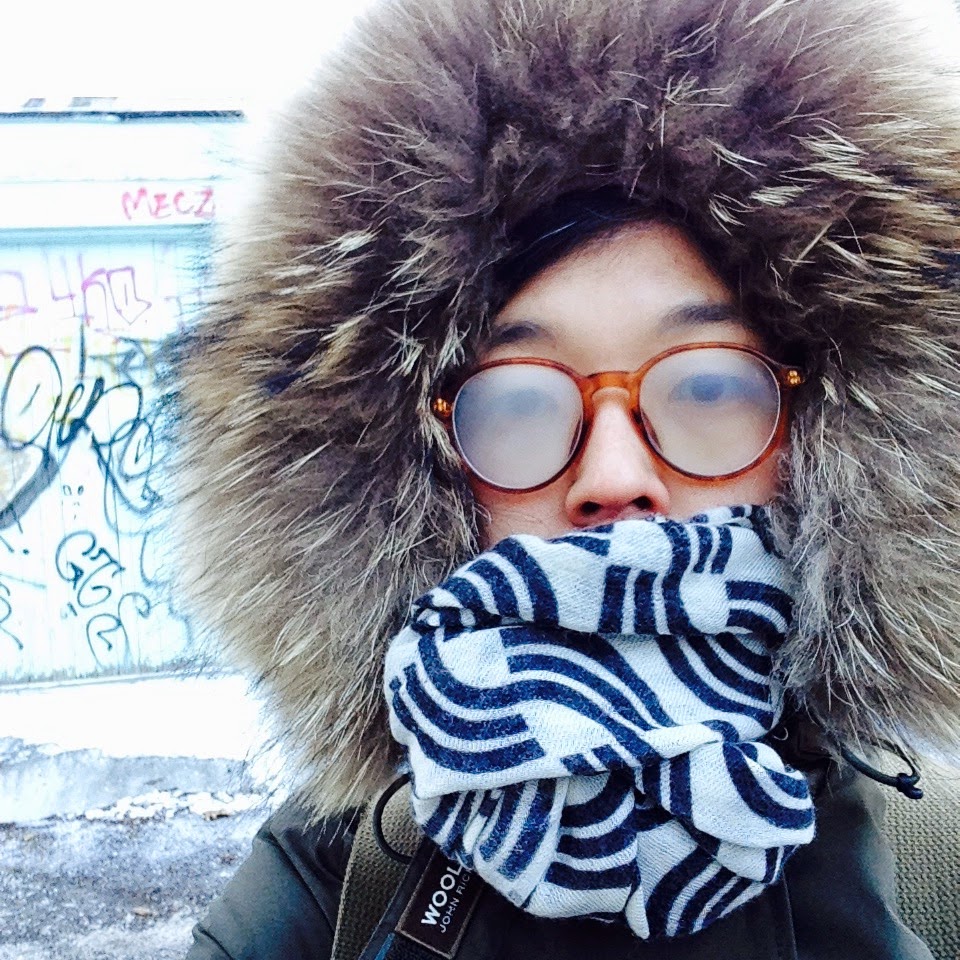 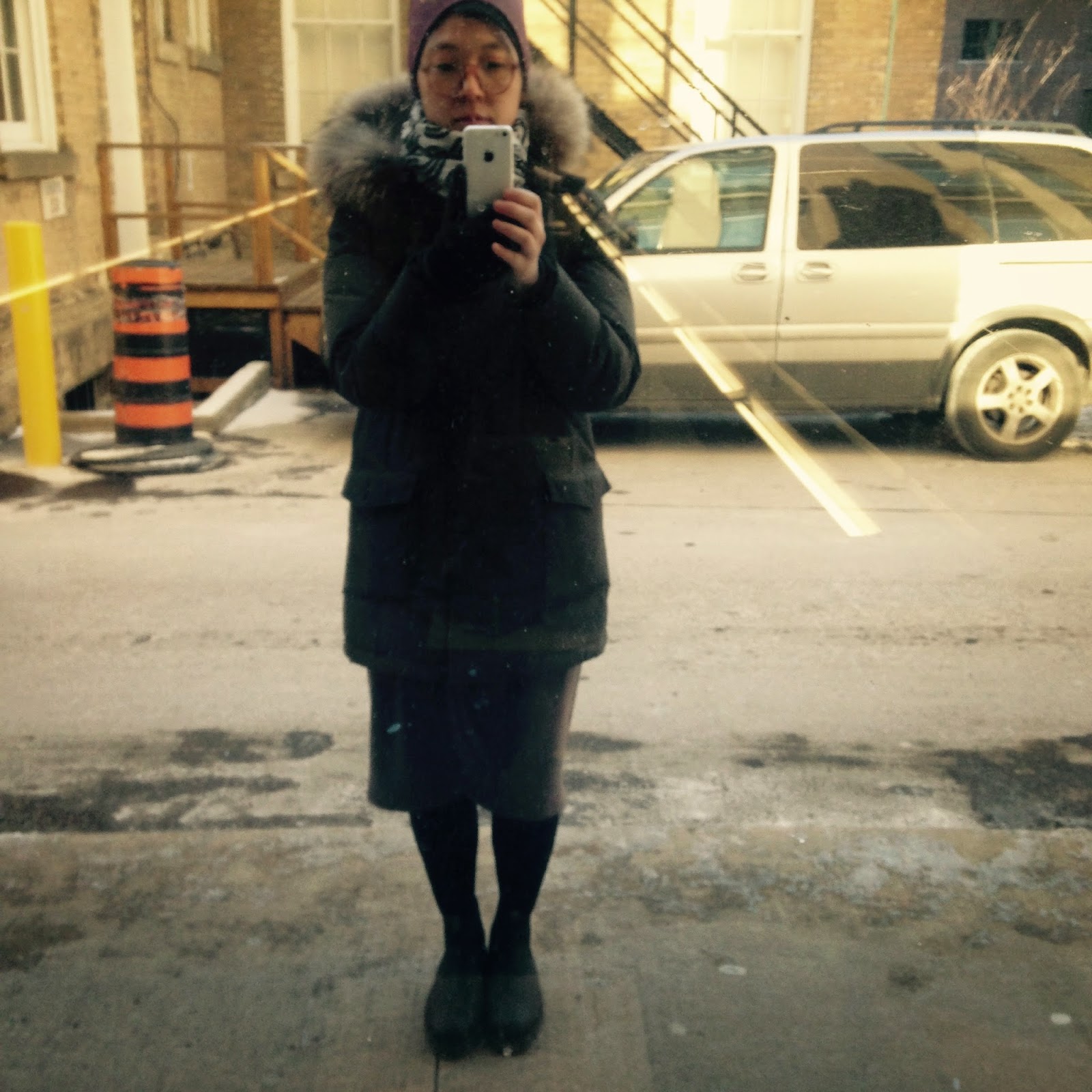 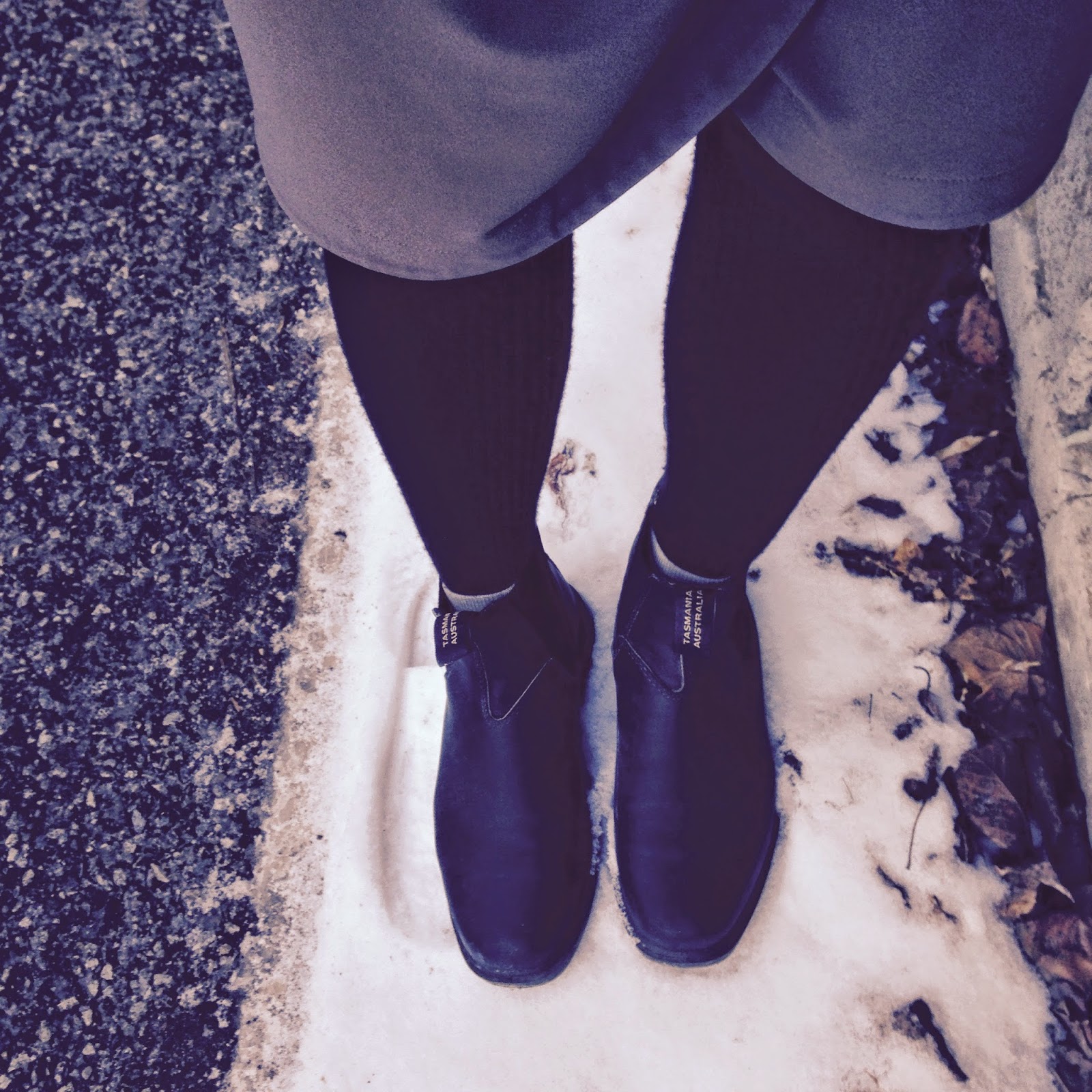 I bought a Woolrich Arctic Parka at Due West in early November. January is giving me plenty of opportunities to test it out, and I'm pleased to say that it was worth every penny. I wanted a down-filled parka with a sturdy, water-resistant exterior, and this coat has a Teflon finish that works beautifully. I also wanted lined chest pockets similar to my Barbour Bedale because it's always nice to have pockets for my hands and pockets for my stuff. The length of the Arctic Parka is mid-thigh for me (5'4"), and this is a solid compromise between warmth and mobility. My bum is warm, but I also have the option of hopping on a bicycle or going skating. Finally, I wanted removable fur so I can wash the coat at home. I would say the coat runs true to size. I took a small, which gives me enough room to layer a thick wool sweater underneath. When it's negative 36 Celsius windchill, you definitely need extra layers to supplement the parka.

I also caved in and bought a pair of Blundstones in black. They're a bit clunky, but I find them to be charming. Plus, I don't mind getting them dirty, and slip-on Chelsea boots have really streamlined getting out the door in the mornings.
Posted by erica at 2:06 PM 10 comments:

Thank you for your comments the other day, they really meant a great deal to me. 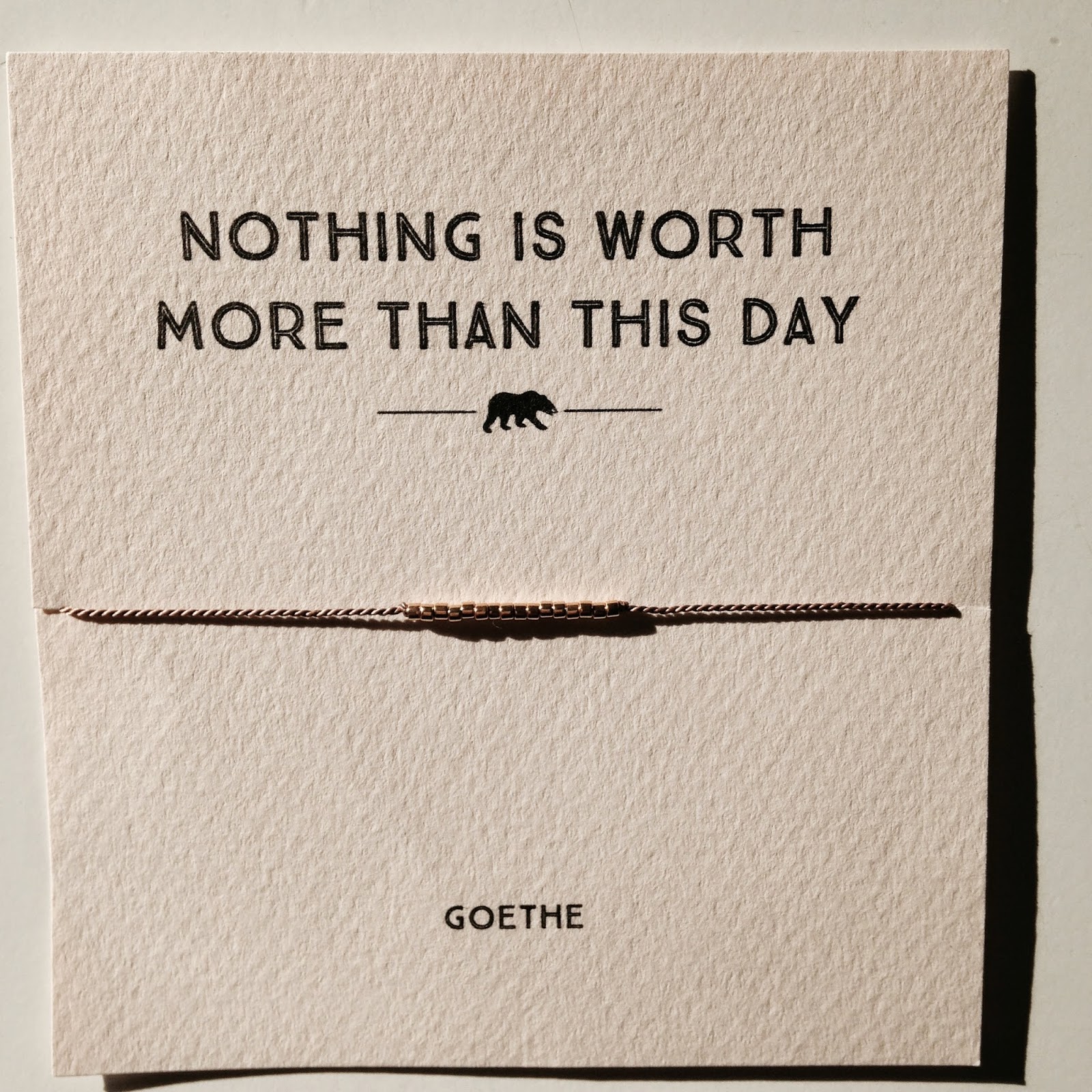 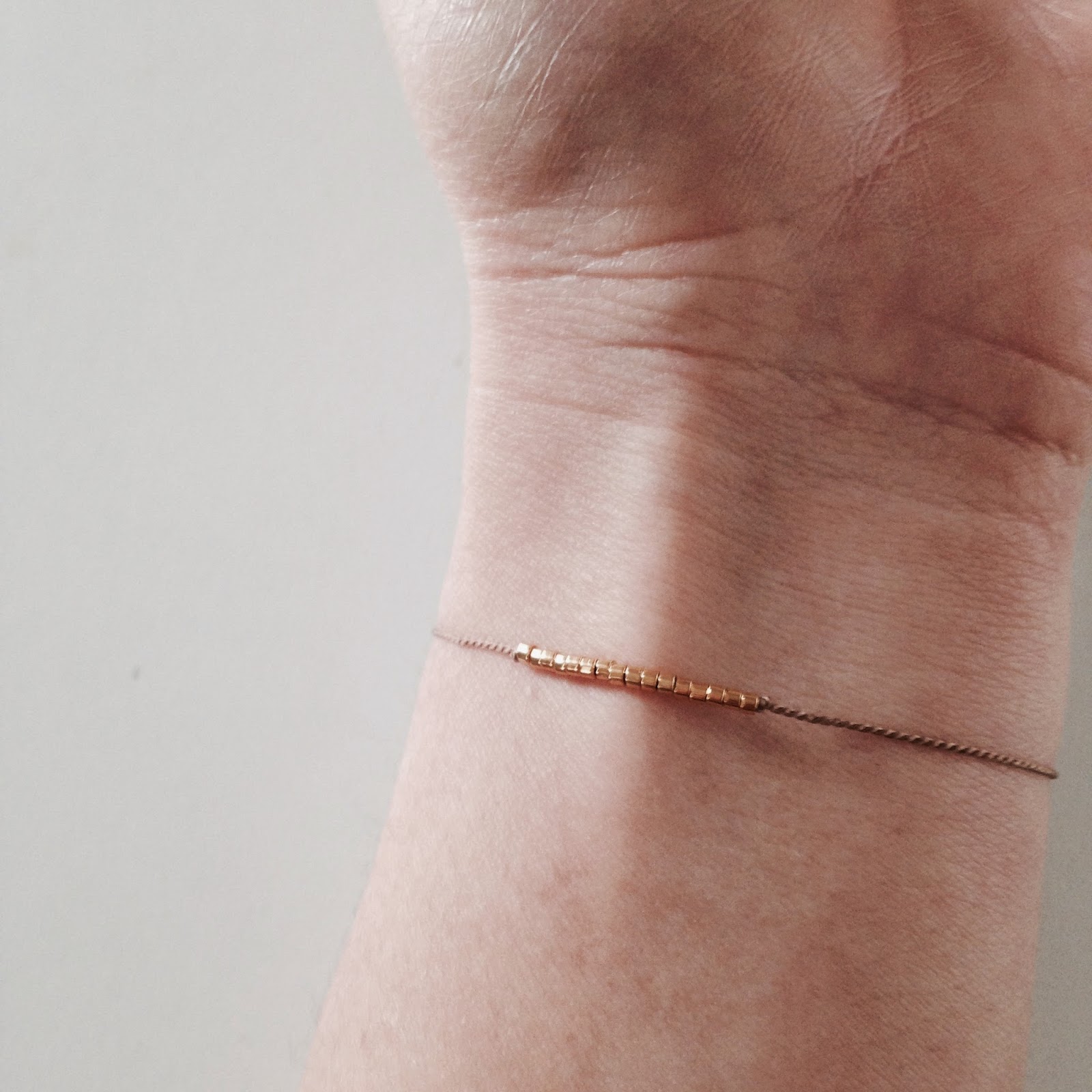 I picked up this little reminder bracelet by Mai Lin today at a new shop in my neighborhood, Small Goods. Toronto is starting to feel more like home to me. I spent the morning in Kensington Market buying bread, cheese, and salami. We're going to a New Year's Eve skate night at the local rink, and then hiking and dim sum tomorrow morning. I like to start the new year outdoors bright and early, even if it's freezing.

I hope everyone has a joyful beginning to the new year!

Hold On To Your Friends 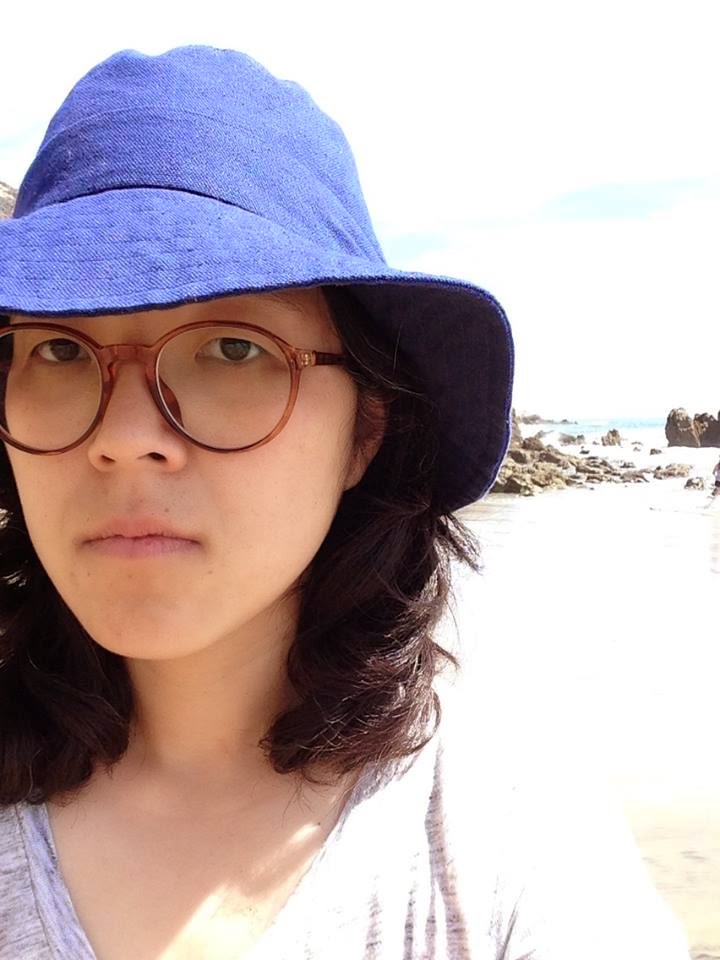 Well, the year is nearly over. It seems I've been hiding from everyone lately. There came a point where I just couldn't talk anymore, at least not to my friends. The narrative I would like to construct about my life doesn't have room for my recent thoughts and actions. And so, I went silent. I couldn't bear to tell my friends what was happening because it would somehow make real the sense of failure and feelings of anxiety that seem to have overwhelmed me these past two months. If you've known me for a while, you know that I've been thrown a series of curve balls. Not a single one was impossible to catch, but they kept coming one after another...and I reached my breaking point this fall.

I have a tendency to hide when I feel inundated. Also, at major turning points, I have a tendency to shed my old life altogether. Looking back, I would say that I do this out of sense of embarrassment. I don't want to let my friends and loved ones down, so I run away instead.

Someone recently told me in times of crisis, I need to lean on my friends. To try not to worry about being a disappointment. So here I am, standing in the memory of a dazzlingly bright summer day at the tide pools, feeling anxious about the coming months, unaware of just how far I would move away from my life, for better or for worse.
Posted by erica at 10:31 AM 18 comments: